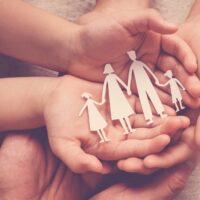 Most of the time, we buy insurance hoping we never need to use it, but we want to be protected just in case. When it comes to life insurance, though, we know we are going to use it; it’s only a question of when. As with other types of insurance, however, life insurance policies are only good as long as premiums continue to get paid. Miss one payment, and your policy no longer works. Even if you’ve been paying diligently for 20 years.
If that doesn’t sound fair, you aren’t alone in your opinion. Just about every state mandates that life insurance policies issued in the state include a grace period. The rules differ from state to state, but in most cases, if you miss a payment, the insurance company is required to give you an extension to send in the payment before your policy is canceled. If you fell behind due to financial difficulties, the payment got lost in the mail, or you simply forgot, the grace period gives you time to correct the situation before you lose that coverage you’ve been counting on (and paying for) for years. These laws generally also provide that if a person dies during the grace period, the claim will be covered, although the missing premium will be deducted from the proceeds.

Why Grace Periods Are Necessary

Many people insured by life insurance become elderly, ill or disabled in the final months before the insurance is needed. In other words, they are some of the people most likely to miss a payment through forgetfulness or because they lack the physical or mental capacity to stay on top of all their bills.

Some insureds have a family member take over the task of making payments when they need help, but if a payment gets missed, the insurer might notify the insured policyholder rather than the person making payments, who doesn’t get a timely notice that the policy might soon lapse.

Other people put their premium payments on automatic withdrawal from their bank account or credit card, but the institution can make a mistake or fail to make a payment because of insufficient funds, an expired debit or credit card, or a change in address or other account information. A notice of the failed payment might eventually make its way to the account holder, but the account holder might not be the one making payments or might not be in a state to understand and deal with the situation.

The grace period is meaningless unless the person responsible for making payments knows that a payment got missed and needs to be made up. Some states get this and mandate also that insurance companies notify the insured that a payment is late and inform them the policy will lapse if they don’t make payment during the grace period (insurance companies tend to do this anyway). Michigan, for instance, requires the insurance company to send a written notice to the policyholder’s last known address at least 30 days prior to termination. California goes even further. The
California scheme adopted in 2013 requires insurers to allow the policyholder to designate another person to receive notice of lapse or termination for nonpayment. Notice of termination for nonpayment must be mailed to the policy owner, the designee, and certain others within 30 days of the premium due date and at least 30 days prior to the effective date of termination.

Four states only say that the grace period should be “one month” but don’t tell us how long a month is. This seems especially confusing since the months (for the most part) alternate between 30 and 31 days. If a premium payment is missed in a 31-day month, does the consumer have the next month to pay, even if it is only 30 days? (or less – thanks, February!) A logical reading of these laws is that the policyholder has until the end of the month following the premium due date to make up a missed payment. The “one month” states are Michigan, Minnesota, Nebraska, and Ohio.

California and New York are the outliers in this mix. California provides a 60-day grace period, while New York allows consumers 61 days to pay a past due premium. These states offer twice the consumer protection of other states, but the laws are frequently violated by insurance companies headquartered in other states that sell policies in California and New York with a 30-day grace period included. Some plaintiff’s insurance law firms are starting to take on insurance companies that misapply the grace period in those states and deny life insurance benefits to people who dutifully paid their premiums for decades but missed a payment in their final year due to illness, age, or disability. New York and California realize the extra protection ill and elder policyholders need, and insurance lawyers (and denied beneficiaries) are looking to hold the carriers to task for not following the law.

Finally, if you were keeping score, you might have noticed Connecticut missing from the list. Connecticut does not seem to mandate a grace period at the state level, so each company’s policy terms would control there. A bill was introduced back in 2013 (the same year California enacted its law) to mandate a 60-day grace period, but it didn’t pass. In April 2020, amid the coronavirus pandemic, the governor signed an executive order mandating a 60-day grace period for certain policyholders who request it. This requirement did not apply to all policies across the board and only existed for April and May of 2020 to help people out during the early stages of the pandemic emergency.

Has Your Insurance Claim Been Denied?

Contact Us Today To Learn About Your Legal Options

A ‘Glitch’ in Federal Health Insurance May Soon Be Fixed Federal rules make it hard for relatives of people with job-based coverage to qualify for financial help in buying Obamacare insurance. The Biden administration wants to change that. - Posted by: The New York Times 06/02/2022
‘Free Look’ for annuities offers safety valve if rates or circumstances change With most financial products, you’re committed once you buy. Annuities are different. Because they can be complex, states require that insurance companies that underwrite annuities offer a “free look” period. During that window, you can cancel the contract and the insurer will return all your money. You won’t, however, earn any interest on the cancelled policy. - Posted by: Ken Nuss 06/02/2022
The Impact of McHugh V. Protective Life Insurance Company One Year Later The landmark California Supreme Court ruling clarified that the state’s insurance anti-lapse laws apply to all policies in effect when the law was passed. Many insurance companies still don’t comply, forcing litigation. - Posted by: Christopher Hazlehurst, J.D. 06/02/2022 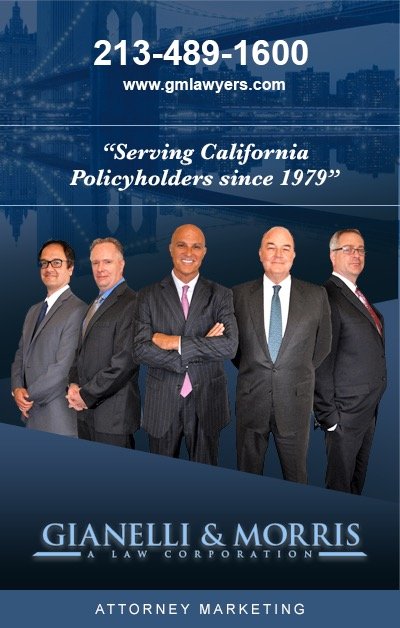